Images represent at least half of the total data volume. According to the website optimization service Dexecure, the share of metadata in each image takes up to 16% of the average JPEG file. It means that 8% of what we download from the internet is useless metadata. In this article, we will discuss what image metadata is, how it affects the performance and security of the website, and how to remove image metadata in WordPress.

What Is Image Metadata?

Image metadata is detailed information embedded in pictures. It shows information about the picture, camera, etc.

Metadata pairs with images. It is like tips helping the software to display files, regardless of their format.

Image details is generated by providers and devices or added manually. Users can modify image metadata in GIMP or Photoshop.

Metadata stores a lot of information. There are more than 460 meta tags available.

There are many ways of viewing image metadata.

Example for OS X. Right-click on the image => Get Information. You’ll see the creation date, camera’s brand and model, color profile and many more.

Alternative way. Right-click on the image => Open with preview. Then go to Tools => Show inspector.

Research showed that up to 16% of the overall image size on the internet is metadata. The majority of people don’t realize they’ve been sharing image metadata. And most users are not aware of downloading it.

The researchers wanted to calculate the amount of metadata in online images. So they took data from the HTTP archive dated by August 1, 2016, and used BigQuery to create a list with URLs of valid JPEG images. A quick check of the archive showed 4.3 million images from 500,000 websites and the overall storage space of 195 GB. The researchers downloaded these images and studied related metadata.

Turned out, that 40% of images contained metadata. And this data occupied 15.8% of the total file size.

Obviously, website visitors don’t need this information. And browsers shouldn’t display it too. If you are not a photographer, don’t work in mass media, and don’t track copyright, you don’t have to keep image metadata. Thus, it is better to remove image metadata.

A quick reminder: huge and useless images slow down the page speed. And metadata threatens the website security. Two years ago, Apple forgot to remove image metadata from one picture. That image was used in the classic desktop wallpaper. Image metadata stored developer notes of how the picture was created and modified. A New Zealand photographer has found this “bug” and exposed it on Reddit.

The El Capitan collection had about 50 pictures. And only one had the original EXIF with comments. The comments were like “Please, darken some stars. This star field is too contrasting”.

Of course, those were nice and neutral notes. But things could be different if Apple employees posted abusive comments. Or revealed corporative secrets.

Image metadata can also store image sketches. Unfortunately, Catherine Schwartz, a popular American TV personality, didn’t know it back in 2003. She cropped and posted several pictures in her blog. Image metadata showed sketches of original photos, where Schwartz was naked.

The geo-location feature can cause interesting twists too. Great example – how John McAfee, the founder of the antivirus company, was arrested in Guatemala 6 years ago. He was on the run after being suspected in killing the neighbor. And he kept posting pictures of the “fugitive life”. Police found him by geo data stored in images. Probably, he didn’t know how to remove image metadata.

However, Facebook removes all GPS data from user images by default. That’s how the company protects users from “accidental leakage of personal data, including geolocation”.

If you worry about the security of the website and the company reputation, then make sure to remove any metadata that can potentially reveal confidential information.

Does Google use image metadata as a ranking factor?

Back in 2014, Matt Cutts, a former head of the Search Quality department in Google, talked about image metadata. He said that Google “reserves the right to use it”. But he didn’t confirm whether Google used it or not.

John Muller (Trends Analyst in Google) was asked the same question on Twitter. However, he provided a rather vague reply, saying that everything remained the same.

The company experts didn’t give a clear answer or simply ignored questions about the role of image metadata in ranking. According to Cutts, if your images have metadata, and this information can help other users to learn more about the image and the camera, then you are free to keep metadata.

How to Remove Image Metadata

There are several ways of removing image metadata:

This is the fastest and easiest way to remove image metadata in WordPress. Robin image optimizer is a great choice. Just download and install it in a few clicks.

Activate the plugin and go to Settings => Robin image optimizer. 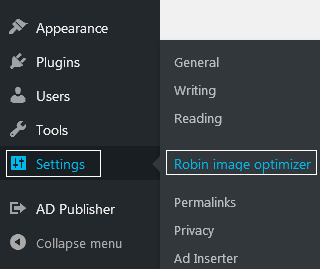 It’s a bit time-consuming but perfectly works for individual images.

Go to the File menu => Save for Web. Select None next to the Metadata field. 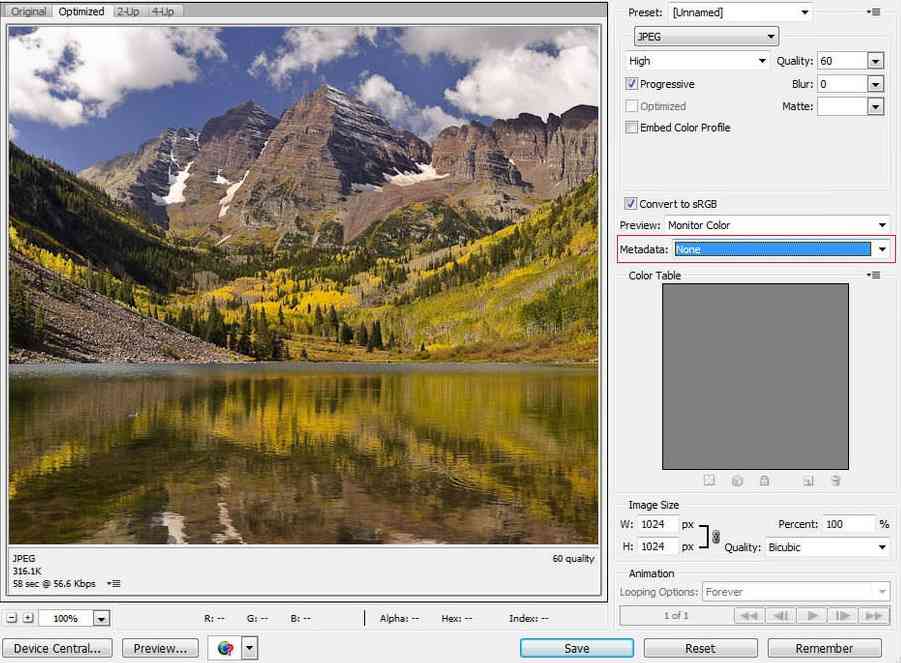 Removing image metadata is one of the easiest ways to increase available page space. It also improves the security and page speed.

There are many tools for viewing and removing image metadata. So choose what’s best for you. If you want to remove image metadata by default, then use image optimization plugins, such as Robin image optimizer. This plugin can automate the whole process and save you some quality time.